Western blotting past, present and future

We can’t think of a better way to start off our blog posts with a post covering the history of Western blotting and bust a few myths and misconceptions along the way.

FICTION: The first and most common myth is that Western blotting is named after a Dr Western who first described the technique.

FACT: Two distinct research groups are typically credited with the development of Western blotting; George Stark and colleagues published first in 1979 (R) with a method that few of us would recognize today relying on capillary transfer. Mere months later Harry Towbin (immortalized in Towbin’s buffer) described his electroblotting technique which rapidly became the preferred methodology due to its speed and ease of use (R).

However, it wasn’t until 1981 that the term Western blot was introduced by W. Neal Burnette in his seminal paper (R).

Where did the name "Western blotting" come from?

So, if not Dr Western, where does the name come from? To understand that we have to go back further to 1975 when Edward Southern described his eponymous DNA transfer and probing technique (R). Two years later Stark reported on a new methodology to transfer and probe RNA, and as a simple pun named it Northern blotting (R). And so the groundwork was laid for Burnette to introduce another pun, the Western blot. From here Western blotting has gone from strength to strength and is now a cornerstone protocol in life sciences today. While there have been some refinements in buffers and materials the general protocol remains remarkably similar. 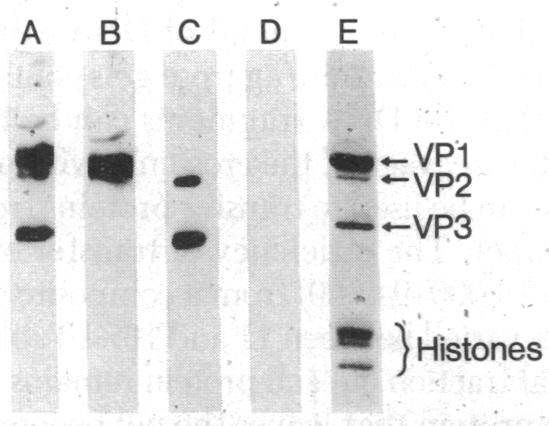 The future of Western blotting

After we’ve already covered the history of Western blotting, a question you might have is where next? The major ongoing development is the transition from classical film based exposure and imaging towards digital imaging systems. Delivering, higher levels of sensitivity across a wider dynamic range digital imagers are removing a lot of the hassle of Western blotting. But digital imagers aren’t just delivering improvements to existing techniques, the high-performance optics together with novel antibody conjugates and excitation devices are introducing new ways of performing and analyzing Western blots.

Fluorescently conjugated antibodies coupled with specific emission sources and filter sets are bringing Western blot multiplexing into the mainstream, stripping and re-probing, may become a thing of the past. However, while fluorescent antibodies are an evolution the standard Western blot protocol, requiring the same initial time investment, a new development representing a revolution in protein analysis is currently being developed.

In-cell Western blotting is a radical rethinking of the initial Western blotting protocol coupling the ability to accurately quantify intracellular proteins from Western blotting with the repeatability, quick turnaround and high-throughput of an ELISA. Cells are grown on sterile plates, before being fixed and permeabilized in situ. Subsequent labelling is performed as normal with a specific primary antibody followed by an isotype specific near infrared (NIR) conjugated secondary antibody, to reduce auto-fluorescence and noise typically associated with tissue culture plastics. This ability to accurately investigate protein expression in situ is game changing drastically reducing time to result whilst also significantly expanding throughput.

As you can see, Western blotting as a technique is developing rapidly on several fronts. While new techniques may require slightly higher upfront costs; significant future savings in cost and time can be made. Furthermore, the increased selectivity and sensitivity these techniques deliver allow for more accurate quantifications from smaller sample sizes.