Antibody Labeling in the Lab

This blog post will cover antibody labeling in the lab. While imaging technology is advancing rapidly offering us scientists new and interesting ways to image our blot (fluorescent, NIR, multiplexing) the actual technique has remained remarkably similar. The majority of us will block the membrane, probe with a primary followed by a labelled secondary antibody, so called indirect detection. Direct antibody labelling allows the use of antibodies from the same species or of the same isotype and reduces the potential for cross reactivity.

With horse radish peroxidase (HRP) conjugated secondary antibodies and chemiluminescent imaging multiplexing was possible but only under certain conditions. Requiring two or more highly specific primary antibodies raised in differing species, or with significantly differing isotypes. With non-murine monoclonal antibodies relatively rare, achieving such specificity was often difficult. If antibody pairings could be identified then species or isotype specific secondary antibodies would then be used; however, this methodology requires a lot of validation to confirm that no cross reactivity is occurring. 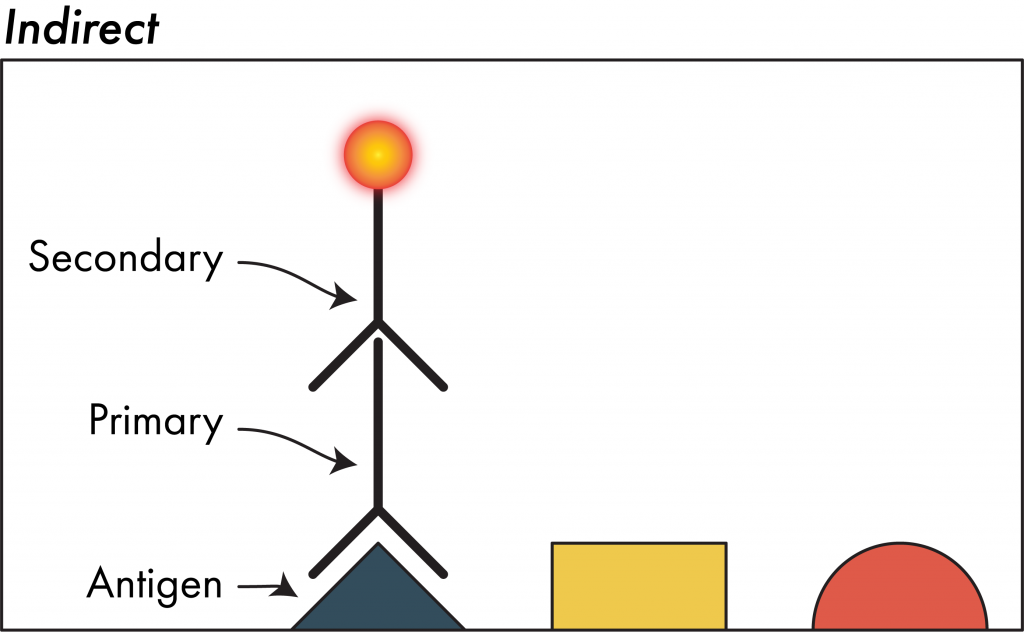 With fluorescent-capable imaging systems, such as the Azure Imaging Systems, and the development of a wide range of fluorescent conjugated secondary antibodies, multiplexing suddenly became more feasible as it was possible to identify based on fluorescence where multiple secondary antibodies were binding on a single blot. The development of near-infrared (NIR) imaging systems and antibodies improved this further by expanding multiplex capability while also significantly reducing sample and membrane auto-fluorescence.

However, imaging systems have to some extent advanced beyond the capabilities of traditional indirect detection methods. For example, the Azure 600 can spectrally separate four differing wavelengths (490, 550, 700 and 800 nm). However, identifying four primary and four secondary antibodies which work together in multiplex requires a significant investment in time. In many instances, certain combinations are just not possible to run together. 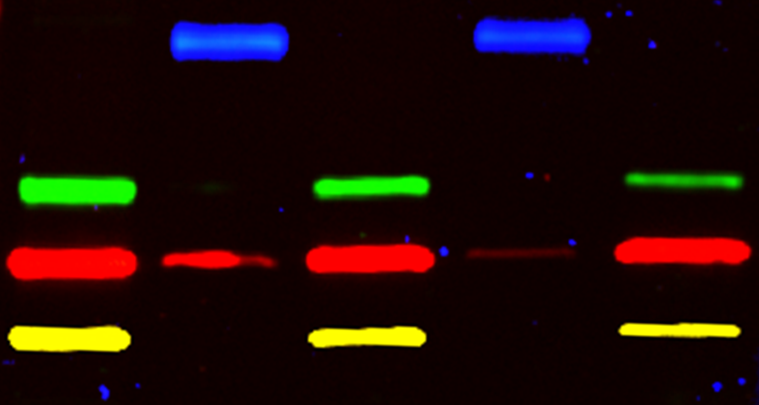 While this technology has long been possible you can imagine why it was of limited use when chemiluminescence reigned supreme, multiplex separation would not be possible and the benefits of indirect detection (secondary antibody mediated amplification increasing sensitivity and specificity). However, using our example above where we had four primary and four secondary antibodies, by switching to a direct system we can significantly reduce the complexity of the system. However, many labs already have well validated antibody panels and it might not be possible to purchase these antibodies pre-conjugated and furthermore conjugates are typically limited to FITC/Cy5 channels.

In order to aid researchers who have a well validated panel of antibodies, but who are interested in exploring multiplexing with directly labelling we, and others, have developed antibody labelling kits such as the AzureSpectra Antibody Labelling Kit. The kits were specially designed to allow researchers to specifically conjugate their validated primaries with a wide variety of fluorescent dyes. AzureSpectra Antibody Labeling kits dramatically ease the transition towards multiplexing and reduce assay time.

If multiplexing or antibody labelling sounds interesting to you and you’d like to discuss further, fill out the form on this page and one of our scientists will be in touch!